Lily Cai A native of Shanghai and former principal dancer with the Shanghai Opera House, Lily Cai is a prominent member of the Bay Area’s dance community. Since arriving to California in 1983, Lily has choreographed dozens of new works and expanded traditonal Chinese dance forms into contemporary choreographic and theatrical settings. Founder and Artistic Director of the Lily Cai Chinese Dance Company and co-founder of Chinese Cultural Productions, Lily’s strengths as a choregrapher derive mainly from her ability to combine and integrate Chinese traditional, folk and classical dance withWestern ballet aesthetics and American modern dance. As a soloist, Lily Cai has performed and toured extensively in the United States and the Europe. A 2000 Irvine Fellow in Dance, a 3 years Choreographer’s Fellowship recipient from the National Endowment for the Arts and a 9 years receipt of the Artist-in-Residence Program from the California Arts Council, Cai is the recipient of numerous commissions and awards, including the California Dance Educators Association Artist Heritage Award, the Asian American Arts Foundation’s Sandra Sakata Memorial Award, the Bay Area Fund for Dance, San Francisco Arts Commission, Sacramento Metropolitan Arts Council, Rockefeller Foundation’s Multi-Arts Production Fund, and the Walter & Elise Haas Fund/Creative Work Fund. In 1996, Cai received the Outstanding Achievement Award in Choreography from the Isadora Duncan Awards Committee for her collaboration with Deborah Vaughan of Dimensions Dance Theater in Common Ground. Cai serverd as a Dance panelist for the Sacramento Metropolitan Arts Council, the California Arts Council and Artist Trust in Seattle, and as a committee member of the International Dance Festival and the Bay Area Isadora Duncan Awards. Today, Lily Cai is considered a major authority and resource in Chinese dance.

Siqing Tunala (Mongol name: Sechen Tunal) is a Chinese dancer from Inner Mongolia, China. She studied ballet and Chinese nationality dancing at the Yike Zhao Meng Dance School in Hohhot, Inner Mongolia from 1989 to 1991. Tunala then moved to the city of Shenzhen, in Southern China, where she performed at Shenzhen Splendid China and Splendid China Folk Culture Villages. In 1994, Tunala was chosen as one of five dancers to represent China at the International Dance Exposition held in Germany. When she returned from Germany, Tunala was chosen to be a member of The Splendid China Folk Dance & Costume Ensemble, and she travelled to the United States to perform at Florida Splendid China in Orlando, FL.

Currently residing in Orlando with her husband Michael, Tunala performs at various international functions and folk festivals. Most recently, Tunala performed at the Imperial Tombs of China Exhibition at the Orlando Museum of Art.

Mr. Yao is an internationally renowned dancer, choreographer and dance instructor from Beijing. He began dancing with the Hubei Province Dance Company at the age of twelve. In this company he was trained in Chinese classical and folk dance technique as well as ballet basics.

In 1980 Mr. Yao won a first place individual dancers award for Hubei Province and third place in the China National Dance Competition. Later that year, Mr. Yao was chosen for college level training at the Beijing Dance Academy, the most prestigious dance school of China. Even as a student in a select group trained by master to become masters themselves, Mr. Yao demonstrated his talents not only as a performer, a leader, but also a choreographer full of refreshing ideas in presenting a theme, a style, a tradition.

Upon receiving a degree with honors in the teaching of Chinese dance from the Beijing Dance Academy, Mr. Yao was invited to join the academy faculty. During this period, besides his teaching responsibilities as a lecturer, Mr. Yao choreographed and performed a number of works, including the first place choreography and performance prize winning “Gallop”.

In 1986, Mr. Yao was choreographer and director to China Young Children’s Company which toured New York, Washington D.C. and Los Angeles. He was then appointed choreographer and principal dancer of the China Premier Dancers Delegation on it 1987 tour to Singapore and 1988 appearance at the World Arts Festival in Utah, Idaho and Montana.

In 1989, “Yellow River Suite” was awarded first place in performance by the Ministry of Culture of China, while his classical piece “Goddess Luo” won third place in the same competition.

In 1990, Mr. Yao came to the United States to study modern dance at Cunningham Dance School in New York. He then received an International Dance grant and taught Chinese folk dance and ballet at Snow College, Utah, until joining CPAA in 1991.

In the capacity of Artistic Director, Choreographer and Principal Dancer of CPAA since its founding, Mr. Yao both provides artistic direction and choreographed many new works for the company. In the “Chinese Performing Arts Festival” of the past four years, Mr. Yao displayed his superb talent as a choreographer by a wide range of themes, techniques and flavor in his works: “Music in the Moonlight” and “Flower Drum Festival” in 1992;”Drums of Thunder” and the “Dandelion” in 1993; “Dream of Shangri-La” and “Anhui Lion Dance” in 1994; “Nocturne of the Muses,” “Princess Sweet Fragrance” and “Sorrow of the Great Wall” in 1995. “Sorrow of the Great Wall,” a dance drama, was especially well receive by critics and audiences alike. It was hailed as one of the most outstanding Chinese dances in recent years.

In addition, Mr. Yao taught master classes at De Anza College, San Jose Dance Theater and CPAA’s own South Bay Dance Academy. His choreography for the tremendously popular Theatre Works production of M. Butterfly won high critical acclaim and was nominated for Bay Area Theatre Critics Circle’s “Choreography in a Drama” Outstanding Achievement Award in 1993. In the same year, he awarded a fellowship by the Arts Council of Santa Clara County for his choreographic achievements.

In 1994, China awarded Mr. Yao the highest honor for a choreographer. In a nationwide critical evaluation of dance in 20th Century China, jointly held by China Dancers Association, Arts Research Institute of China, China Literary and Artistic Alliance and other prestigious arts organizations with the endorsement of the Ministry of Culture, Mr. Yao’s “Yellow River Suite” was voted one of 32 “20th Century Masterpieces by Chinese Dancers,” from 3,300 outstanding dances created in the past 100 years. CPAA is very fortunate to have an artist of his caliber at the helms to guide and insure high quality of it repertoire, artists and performances. 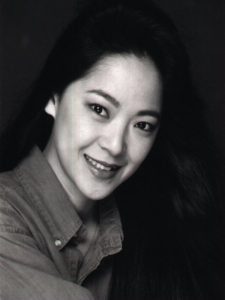 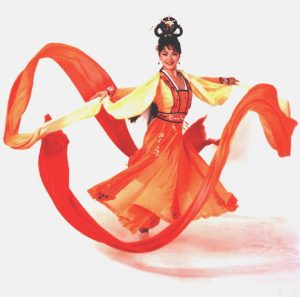 Zhou Hui was born in Ning Xia, China, a province located in northwest China. At the age of eleven Zhou Hui was selected from amongst thousands of young girls throughout China to attend The Beijing Dance Academy, China’s premiere dance institution. The Beijing Dance Academy has been praised “As the cradle of China’s dance artists”. Zhou Hui was one of thirteen privileged girls chosen that year. At the academy, Zhou Hui studied Chinese classical and folk dance, ballet, gymnastics, stage techniques, music, piano, and history.

Zhou Hui graduated from the Beijing Dance Academy in 1986 with honors. For her accomplishment, Zhou Hui was invited to remain at the academy and join the Chinese Dance Ensemble. She became one of the youngest resident dancers in the ensemble. In 1987, Zhou Hui received first prize at the Beijing Danc Competition. Zhou Hui specializes in Chinese tribal, folk and classical dancing. In 1988, Zhou Hui went on a concert tour with the Chinese Dance Ensemble and performed throughout Asia and the United States.

As the Principal Dancer of the Chinese Performing Artists of America since its founding in 1992, Zhou Hui’s theatrical talent has added dimension to roles such as Liang Hongyu, the woman general in “War Drums at the Golden Mountain”, Zhu Yingtai, the female protagonist in the well known Chinese folk tale “The Butterfly Lovers”, and the young wife Meng Jiang Nu, in the dance drama “Sorrow of the Great Wall”. In 1992, Zhou Hui extended her many talents when she choreographed and solo performed in the opera “Peacock Princess” in San Francisco at the invitation of the Bay Area Chinese Opera Center. Zhou Hui has been a featured performer at the San Francisco Ethnic Dance Festival since 1994 and was a featured soloist in that festival in 1996.

Zhou Hui is not only an accomplished dancer but also an experienced teacher. It is her desire to introduce Chinese dance and culture to the next generation of Chinese-Americans and other ethnic groups. From 1991 to 1993, Zhou Hui taught at St. Thomas Catholic Church’s Chinese School in San
Francisco. From 1996 to present, Zhou Hui has taught at the Chinese Performing Arts of America Dance Academy.

1991, 1994 Was invited as a host of “Chinese Opera Program” of Beijing TV Station & Central TV Station

1988 Got the “Performance Award” of Beijing Traditional Opera Performance Contest

1996 Was invited to Japan to performing for one month

© 2022 Melody of China. Created for free using WordPress and Colibri